Reporting from Lima Convention Center in Peru – Los Angeles 2028 Olympic and Paralympic bid committee Chair Casey Wasserman Monday promised that despite the unprecedented 11-year organizing period to host the Games, there will be “significant” continuity of the Senior Leadership team as the bid transforms to an organizing committee.

“We’ll have significant if not complete continuity in the senior leadership and we’ll get going immediately on working towards 2028,” Wasserman told reporters following a final presentation rehearsal at the Lima Convention Center where on Wednesday Los Angeles is expected to be awarded the Olympic Games as part of a dual-allocation with Paris 2024.

“I gave [LA Mayor Eric Garcetti] three years ago my commitment and I’ve got 11 more years to go.”

He stopped short of naming himself the Chair of the new organizing committee that would likely be set up before the end of the year.

“We’ve got a long way to go, I’m just getting warmed up,” he added.

Mayor Garcetti said he’ll be there for the 2028 Games as an Angeleno, but not as the city’s mayor due to imposed term limits.  He didn’t elaborate on any other potential role he could have on the team.

Bid Vice Chair and Chair of Athletes’ Commission Janet Evans is another likely member of an extended organizing committee, and she told GamesBids.com that the extra time will help her deliver the best athlete experience possible.

“It gives us a lot of time, to make the experience better for the athletes, to work out the kinks in any issues we may have – it will go fast, I know that.”

Wasserman explained “in the short-term we’ll be very focused on driving the revenue opportunities for the Games.”

After three-of-five cities dropped out of the 2024 Games race due to public push-back, the International Olympic Committee (IOC) proposed the option to lock in both cities to host consecutive Games, creating a win-win-win situation.  LA agreed to concede the 2024 Games to Paris and to instead host in 2028 in exchange for better revenue-sharing terms in the host city contract.

A tripartite deal was struck between the IOC, LA and Paris that once ratified on Wednesday will serve to award both Games without the usual dramatic election process.  The virtually predetermined outcome has left the end of the race without energy and excitement.

But Mayor Garcetti disagrees, he said “I couldn’t be more excited.”

“If you win the old style three plazas in three cities with people crying and one celebrating it is pretty dramatic.  But if you lose it’s pretty bad and I think so many cities around the world have looked and said the probability of losing isn’t worth the risk.

“I think we will present a different sort of vision to cities around the world who might say ‘we can do this, the Olympics is doing this differently’ and a dual-award to two strong cities is an absolutely different kind of message.

“I couldn’t be more excited actually, it’s the opposite of anti-climax.”

The usual 45-minute final presentation to IOC members has been reduced to 25-minutes since both cities are now unopposed.  The mood will be different, the competitive edge will be softened.

Evans explained following her rehearsal “The presentation is fun, the humour is light, we’re happy, we’re less stressed, we’re just excited to be welcomed into the Olympic Family – and its been fun for us to see IOC members to know that we are going to partner with them for the next decade.”

END_OF_DOCUMENT_TOKEN_TO_BE_REPLACED 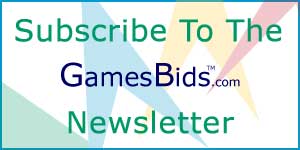 Your leading source for news about Olympic bids, and bids to host other major sport events